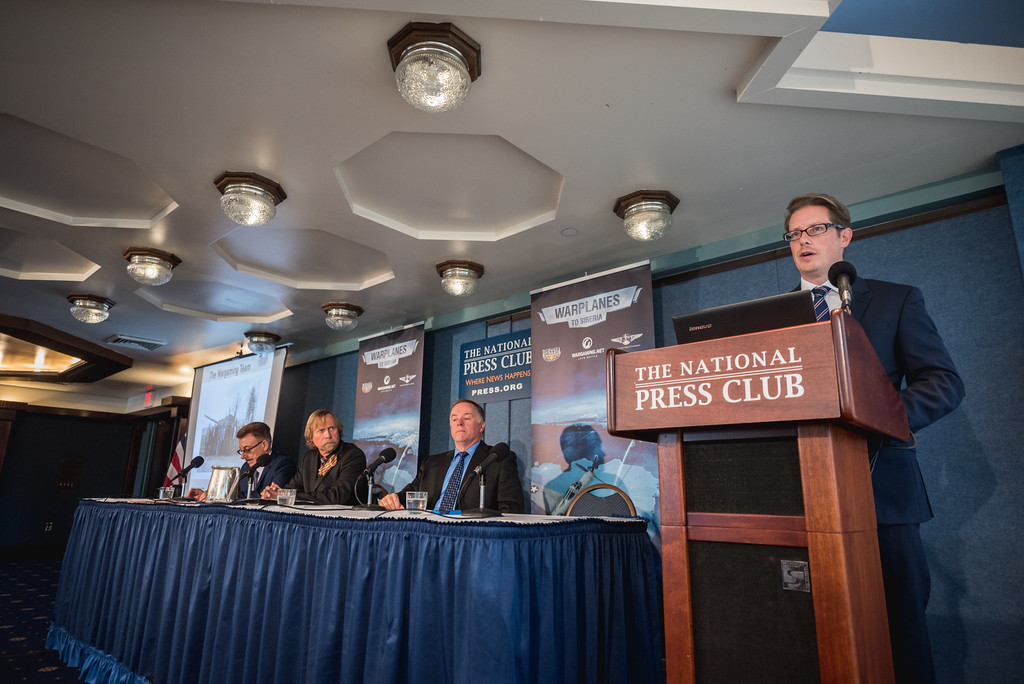 On July 8, two cities hosted press conferences dedicated to the revival of the historic Alaska to Siberia route.

Press events were held at the TASS Russia News Agency in Moscow and at the National Press Club in Washington for the revival of the historical Alaska-Siberia Air Route. Here, journalists discovered further details about the legendary journey recreation, including the exact dates of when the event would be taking to the skies.

“The Alaska-Siberia air route is a historic example of how Russians and Americans can work together. During World War II and many times before and since then, our countries have cooperated to bring the world of peace and prosperity,” said John F. Tefft, the United States Ambassador to Russia. “And initiatives like this serve as an important reminder that our countries can, have, and do work together. Let us commit ourselves to ensuring that this will always be the case.”

On July 17, three World War II warplanes, the AT-6 Texan and two Douglas C-47 Skytrains, will take off in Great Falls, Montana, fly over Canada to Fairbanks, Alaska, and land in Krasnoyarsk (the final destination). Pilots will make stops in Anadyr, Magadan, Yakutsk and Bratsk. The flight is scheduled for completion on August, 4.

From August 25–30, warplanes that flew the ALSIB route will be displayed in the International Aviation and Space Show (MAKS). After this event, two Douglas C-47 Skytrain planes will be donated to the Central Armed Forces Museum in Russia.