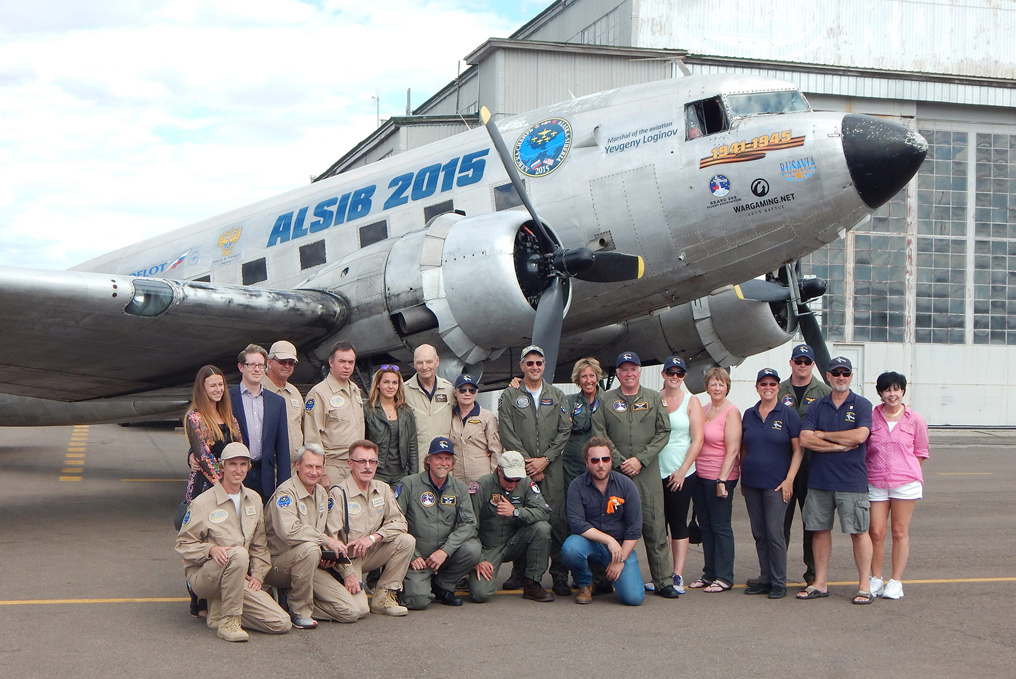 Over the weekend, the Great Falls International Airport became an aviation museum. Entry was free for everyone. The exhibition attracted numerous visitors of all ages. According to the airport director, the museum received around 3,000 guests in two days. Visitors took photos with airplanes, chatted with pilots, and explored the hangars, with stands displaying the history of the Lend-Lease program and aircraft supplied to the U.S.S.R.

The warm atmosphere gave the impression that everyone was celebrating a holiday: music, smiles, old friends meeting and taking photos together.

Right next to the hangars, where aircraft used to be serviced during World War II, a brief press conference took place. Several distinguished guests gave speeches, including the Montana State Senator, the Great Falls City Mayor, and the Russian Ambassador to the U.S., who arrived at the event accompanied by the Consul General.

The attendees commemorated the victims of World War II and the participants of the ALSIB program who perished on the route. Tribute was paid to the veterans who attended the event despite their venerable age.

One of the veterans, Burt L. Talcott, was the B-24 heavy bomber pilot. During one of the operations, his aircraft was shot down by AA artillery over Austria. The pilot barely managed to get out of the burning aircraft and open his parachute. The second his feet touched the ground, gendarmes seized him. Burt had spent 14 long months in the prison camp before he was liberated by General Patton’s troops and got back to Great Falls. Now Barth is 95 but his narration is cheerful and interspersed with jokes. When Burt learned where we came from, he took off his burgundy cap with the letter S and told us that the “S” stood for Stalingrad and he knew how hard it had been for the allies to fight against the Nazis. Burt told us that he was glad that our nations fought together.

After the event finished, we went to the city to find out what life in Great Falls is like. Great Falls is a small city in Montana. However, with a population of only 60,000, it is the state’s third largest city. You will not find apartment buildings taller than three stories here, and even those you see look half-deserted as locals mostly live in detached houses and get around by car, mostly in SUVs or pickup trucks.

During the Gold Rush, these places attracted fortune seekers from all over the world. Today, mainly American tourists come here for hunting, fishing, or hiking.

Great Falls is nicknamed the Electric City because as many as five hydroelectric power stations are located here, on the Missouri river. By the way, it is the waterfalls that gave the city its name.

It would be a great idea to visit for fishing and enjoying the pine forest air. Yet we are pressed for time—Alaska is waiting for us. While it would take a few hours to reach it on a commercial flight, our “oldies” will have a tougher journey ahead and make several stopovers in Canada.