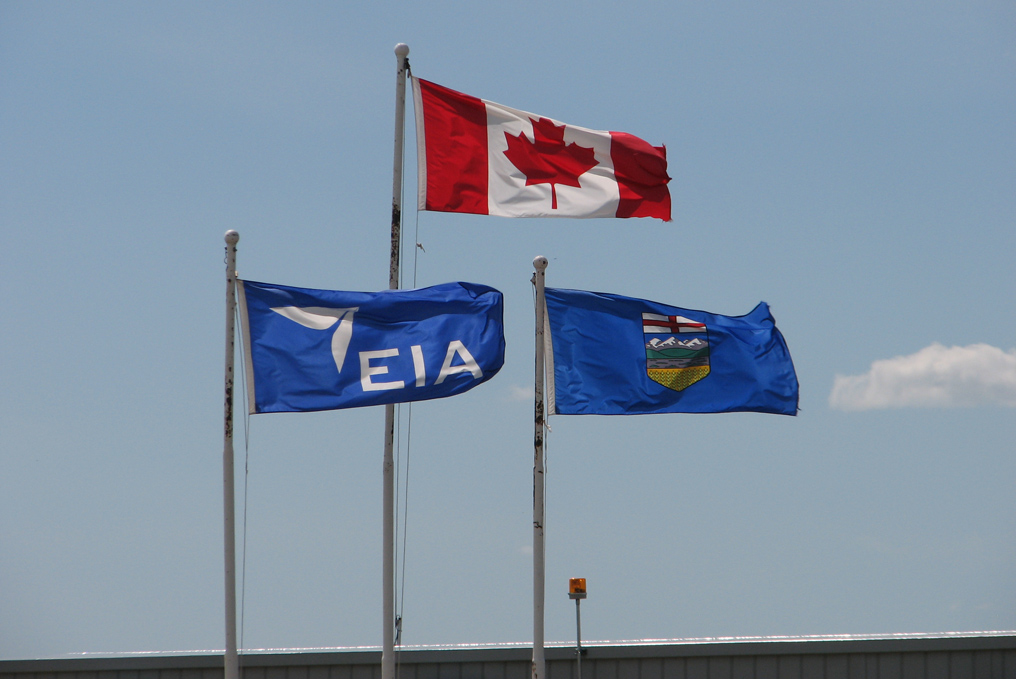 The Canadian city of Edmonton, Alberta, is known as the “Gateway to the North”. During World War II, it became an important staging point of the Alaska-Siberian air route and handled some tasks of the more distant and busy Headquarters in Great Falls, Montana.

Lying closer to the center of the route by several hundred miles, Edmonton was the outmost large settlement on the North American continent. Unlike many other points on the route, it had a decent infrastructure and even large hangars where cold-weather modifications to the aircraft could be made. Besides this, Edmonton was home to the search and rescue mission center. Methods used by Canadians to find and rescue pilots after plane wrecks or crash landings were highly innovative at the time. Modern-day rescue missions have become a lot easier with the use of helicopters; whereas in the 1940s, rescuers and medics had to be delivered to the site of a crash by plane and dropped with parachutes to reach the survivors.

There is a popular misconception of Canada and its role in World War II, mainly resulting from the country’s huge territory. But consider for a moment: when the war broke out, Canada only had about 11 or 12 million people, roughly the population of today’s Belgium. The population was largely concentrated in cities on the East coast, while the remaining vast expanses were sparsely inhabited. This becomes very obvious from the air, as thick forests give way to prairies, prairies to lakes, and lakes to mountains…

Our stop in Canada is mostly routine: for customs control, refueling, and maintenance. Unfortunately, our group has become divided due to severe weather. At the moment of writing this note, the first C-47 Skytrain, hurried by the storm, has already arrived in Fairbanks, Alaska, and is waiting for the rest of the party. The Texan is held by harsh weather in Whitehorse, Yukon. The second Skytrain is also still in Canada, awaiting the delivery of a spare engine to make crossing the Bering Sea “worry-free,” as pilots say.

Anyway, these quirks of weather are nothing to be concerned with. None of the team will be left behind and we’ll continue on the route together. See you in Alaska!