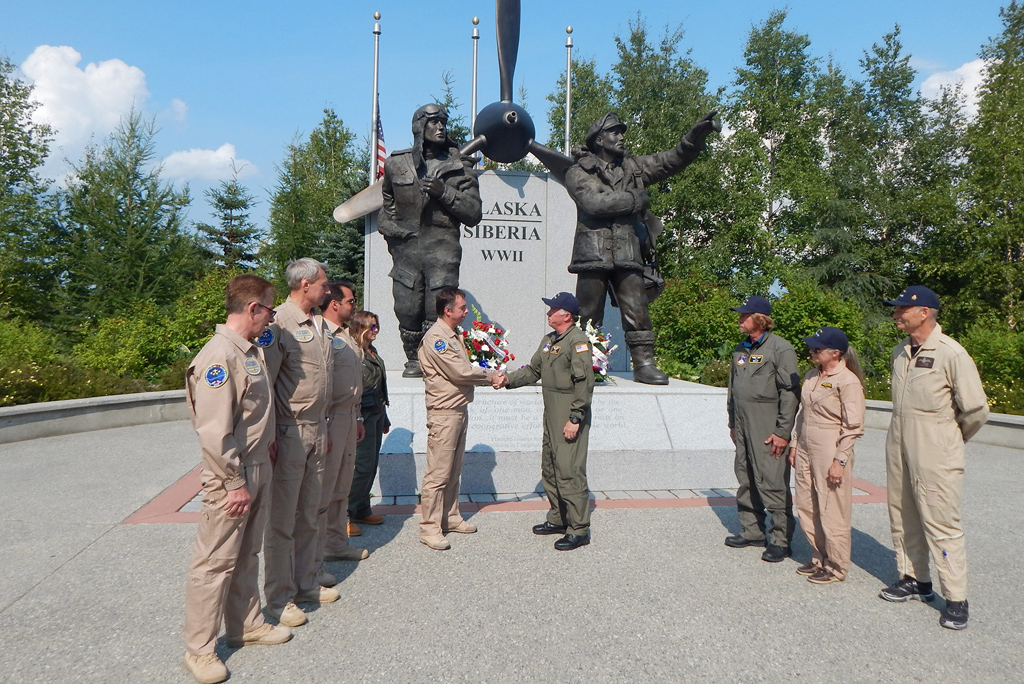 What do you imagine when you hear “Alaska”? Anyone that’s seen a Discovery Channel style documentary will likely picture tough unyielding guys toiling away in waist-deep snow. Survival in extreme conditions. It may be like that in winter but we were lucky to visit Alaska in summer, and avoid all dangers of this wild and distant land. The weather was glorious most of the time, with sunny and even hot days followed by cool and calm nights of twilight. And no, we didn’t see any bears on the roads!

The Alaskan city of Fairbanks is a key point on our route. To European eyes, however, it does not look exactly like a city. We saw a knot of roads, with shopping malls, gas stations, and wooden houses on the roadside.

Like in Great Falls, all buildings in Fairbanks are single-story and downtown doesn’t have any residential houses. Yet at the same time, the city has a park where a memorial of two pilots—a Soviet and an American—stands honoring participants of the Alaska-Siberian route. Their confident postures express willingness, and their slightly tired and narrowed eyes are fixed on the sky… It’s hard to believe that at this edge of the world, work was in full swing and involved hundreds of specialists from the U.S. and the U.S.S.R over 70 years ago. It was Fairbanks where planes were handed over to the Soviet pilots, who inspected almost every nut and bolt of the flying machines. Any small faulty element could disable the aircraft and take the pilots’ lives during the long flights across the Bering Strait, the Chukotski Peninsula, and the vast expanses of Siberia.

Jeff Geer (Bravo 369) and Sergey Baranov (Rusavia) shook hands marking the baton handover from the U.S. to Russia. This, however, does not mean that the Russian pilots will follow the route alone—one of the Douglas planes will continue to be piloted by the American-Canadian duo.

See you in Russia!