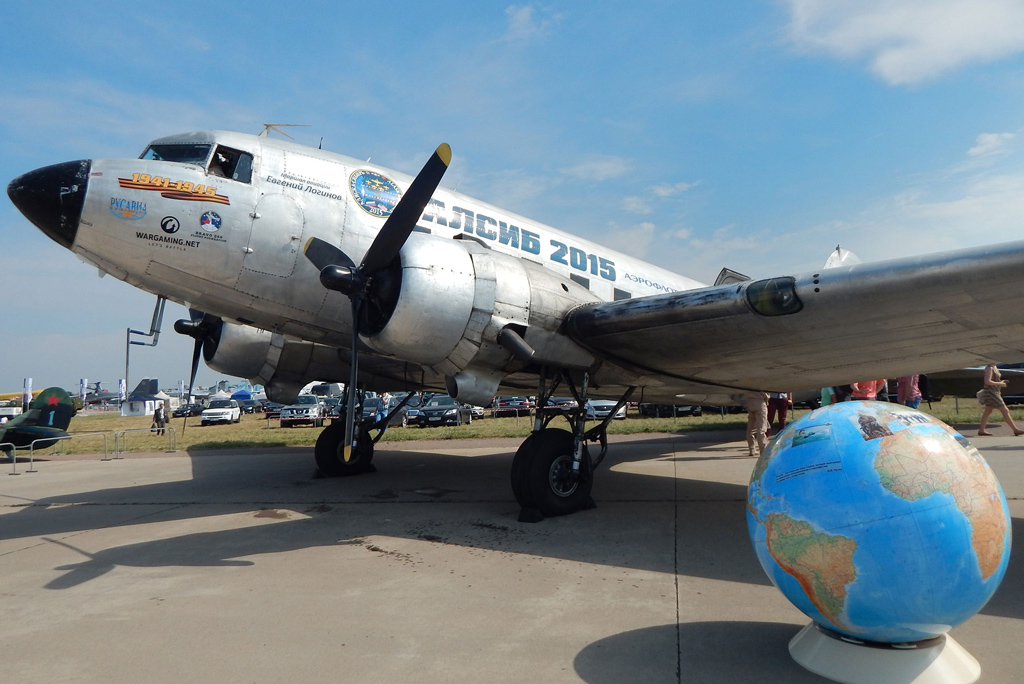 The MAKS International Aerospace Show is one of the largest international air and space expos. It is held near Moscow every other year and gathers hundreds of participating companies, and hundreds of thousands of guests from all over the world. We are proud to be part of this event and elated by the following our project has attracted. The visitors, awed with the route our team retraced, are shaking our hands, complimenting us on the successful conclusion of the flight, and taking photos together.

We are pleased that the Bravo 369 crew also found a chance to come to the show and see a bit of Moscow on their first visit to Russia’s capital. The American pilots were as impressed by the exposition and aerobatic display as the general public. The high point for all of us, however, was the press conference that concluded the 2015 Warplanes to Siberia project.

During the conference, Sergey Baranov of Rusavia and Jeff Geer of Bravo 369 gave journalists and guests an account of flight preparations, shared their impressions of the journey, and answered numerous questions. Also, perhaps most importantly, they handed the warbirds over to the Central Museum of Russian Armed Forces.

It is wrongly thought that aircraft donated to a museum are destined to forever remain grounded monuments. Although the Douglas planes are over 70 years old, they are as alive as ever. Airshow visitors became witness to some live history as the warbirds took off and flew several laps of honor above the applauding crowd. It is hard to believe that a few weeks ago they were on the other side of the globe nearly 14,000 kilometers away…

Now that this tremendous distance has been covered, our mission is complete. The Alaska to Siberia project is a real example of how trusting in yourself and staying committed to your goals can make any obstacles and distances fade away.

We’d like to thank you once more for your support and involvement with the project. The story doesn’t end here: new adventures lie ahead, with lots of exciting places to see and great people to meet.

Thank you and goodbye for now!